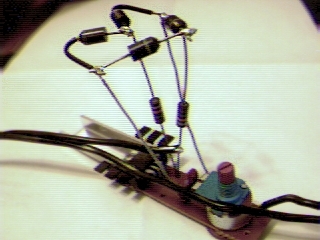 The working prototype became something of an artistic study in available parts. The resistors serve to hold the rest of everything up in the air, which I suppose makes this a "flying bridge". The standard telco-wire so often used in such kludges fills in the remaining connections and adds a little support. 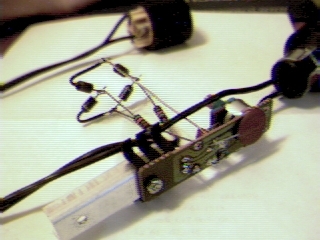 Underside view showing the extra .02 capacitor tacked on across the original cap. 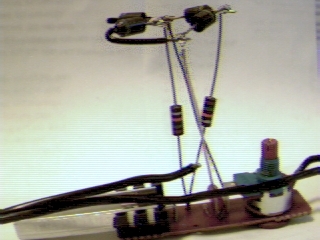